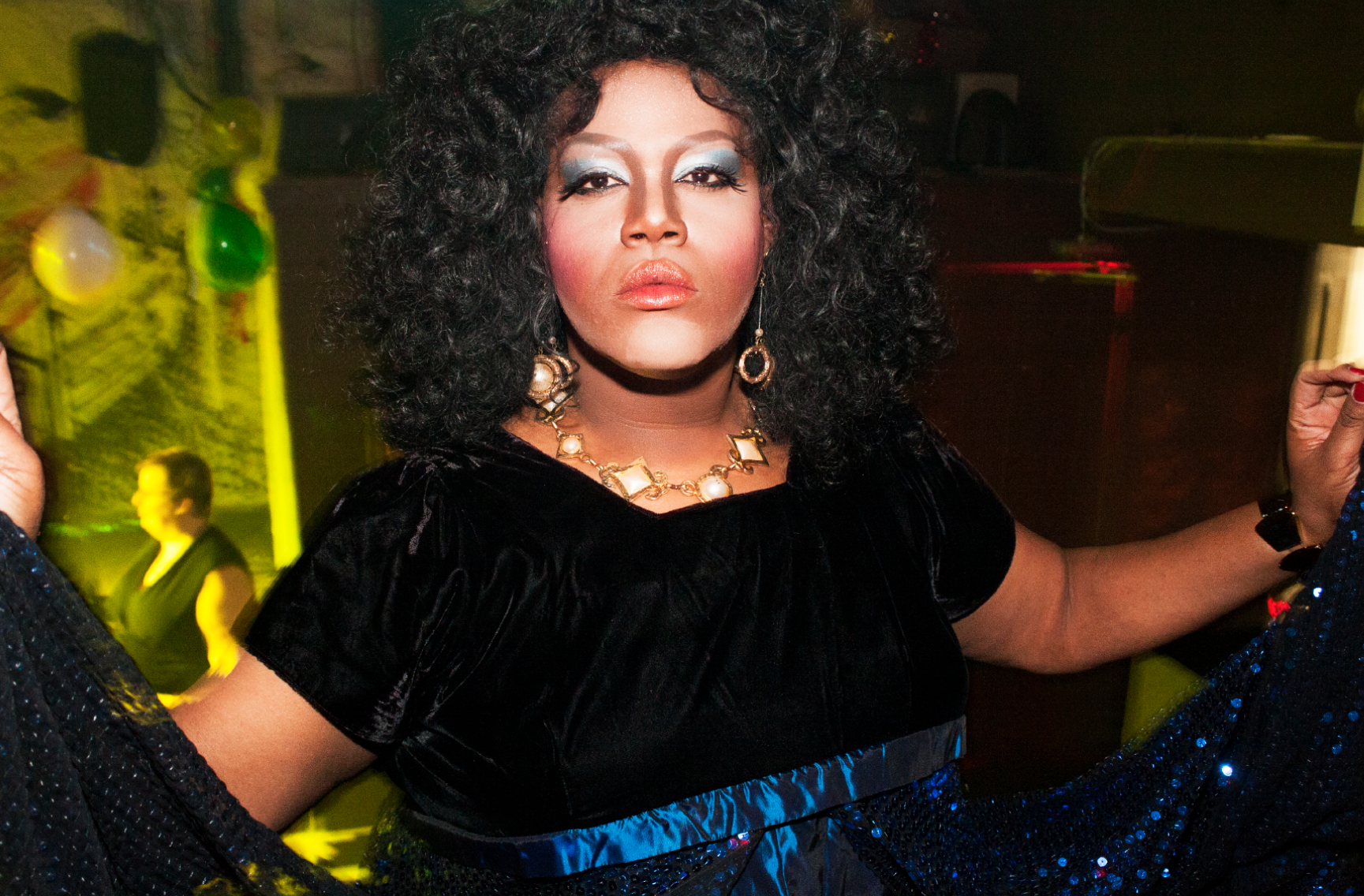 DarkMatter is a trans, South Asian spoken-word duo “hivemind flipping the scantron on your model minority narrative, returning that basic gayze, and spitting anti- colonial futures.” They perform regularly at universities across the country and venues in New York City. Individually, they have done social justice work at local organizations such as the Queer Detainee Empowerment Project and the Audre Lorde Project. Balasubramanian is also a writer at Black Girl Dangerous (an online forum for QTPOC).

Sisters of the Ages

Untitled Queen is a visual artist, drag queen, and graphic designer who lives and works in Brooklyn. She was born and raised on Governor’s Island, NY until its shutdown in 1996. She received her BFA from the University of Connecticut and her MFA in visual arts from Parsons the New School for Design. You can find her hosting a drag show / underwear party called Bottoms Up every Wednesday at Sugarland Nightclub in Williamsburg.

Merrie Cherry is one of the few power queens in Brooklyn, not stopping at being an entertainer she also plans special event such as the Brooklyn Nightlife Awards and hosting at various parties throughout the city. She sleeps during the day and throws glitter in YOUR face at night. She can be found every third Thursday at Metropolitan Bar for “DRAGnet”, every Tuesday at This n’ That for ”I F%#KED BINGO, and performing all over Brooklyn in select parts of Manhattan. Known for her ever changing looks, you never know what Merrie will look like any giving night, One thing does stay the same and that is her luscious body. You will find no padding with this queen.

Jack Waters and Peter Cramer have a long association with La MaMa – from their 1986 ONE NIGHT STANDS cabaret performances to the more recent MIXploritorium 2011 and Visual AIDS’ 25th anniversary 2013 exhibit NOT OVER, both at La MaMa Galleria. They are performers, filmmakers, founders of The Greenthumb Garden Le Petit Versailles and the non-profit arts organization Allied Productions,Inc. They are former co-directors of ABC No Rio from 1983 -1990. Recent 2013 Emily Harvey Foundation/Venice artists in residence, they are working on a multi-media musical opus titled “Pestilence” that resulted in a presentation in collaboration with Harvestworks/PASS Studio at the Emily Harvey Gallery New York. Recent publications that include their histories are Sur Rodney (Sur)’s revised chronology for “Radical Presence: Black Performance in Contemporary Art”, “Alternative Histories: New York Art Spaces, 1960 – 2010″ edited by by Lauren Rosati and Mary Anne Staniszewski (MIT press), and “Gentrification of the Mind: Witness to a Lost Generation” by Sarah Schulman (University of California Press).