A climate fiction fable with music that moves from dystopia to astonishing hope. Three scientists and a linguist risk their lives to create new life on earth.

Other Than We, is a cli-fi fable that weaves a vital response to the climate crisis, attacks on immigrants, reproductive rights, and gender-fluidity into a suspenseful, funny, scary, ultimately triumphant and joyful tale of the birth of a new vision. 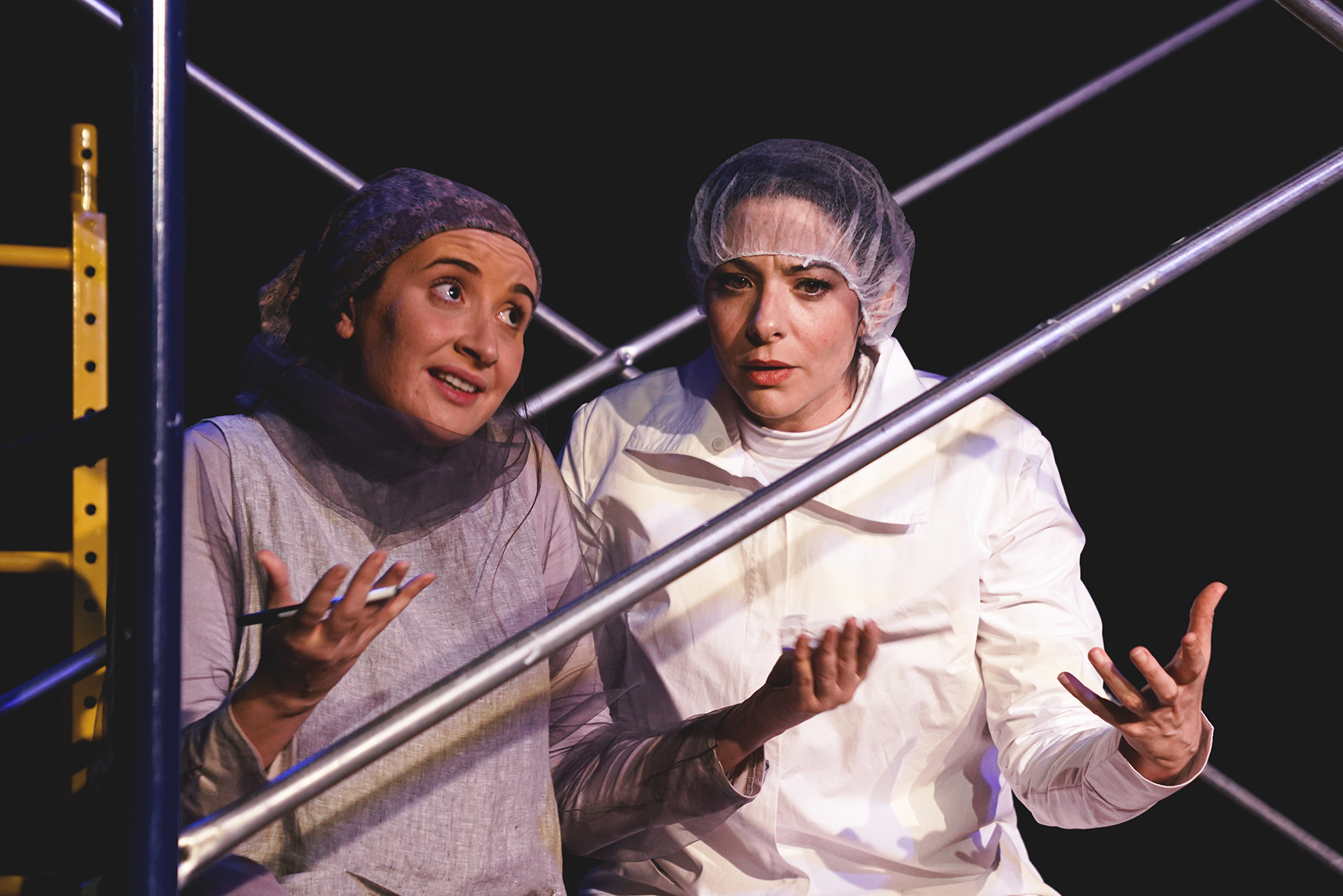 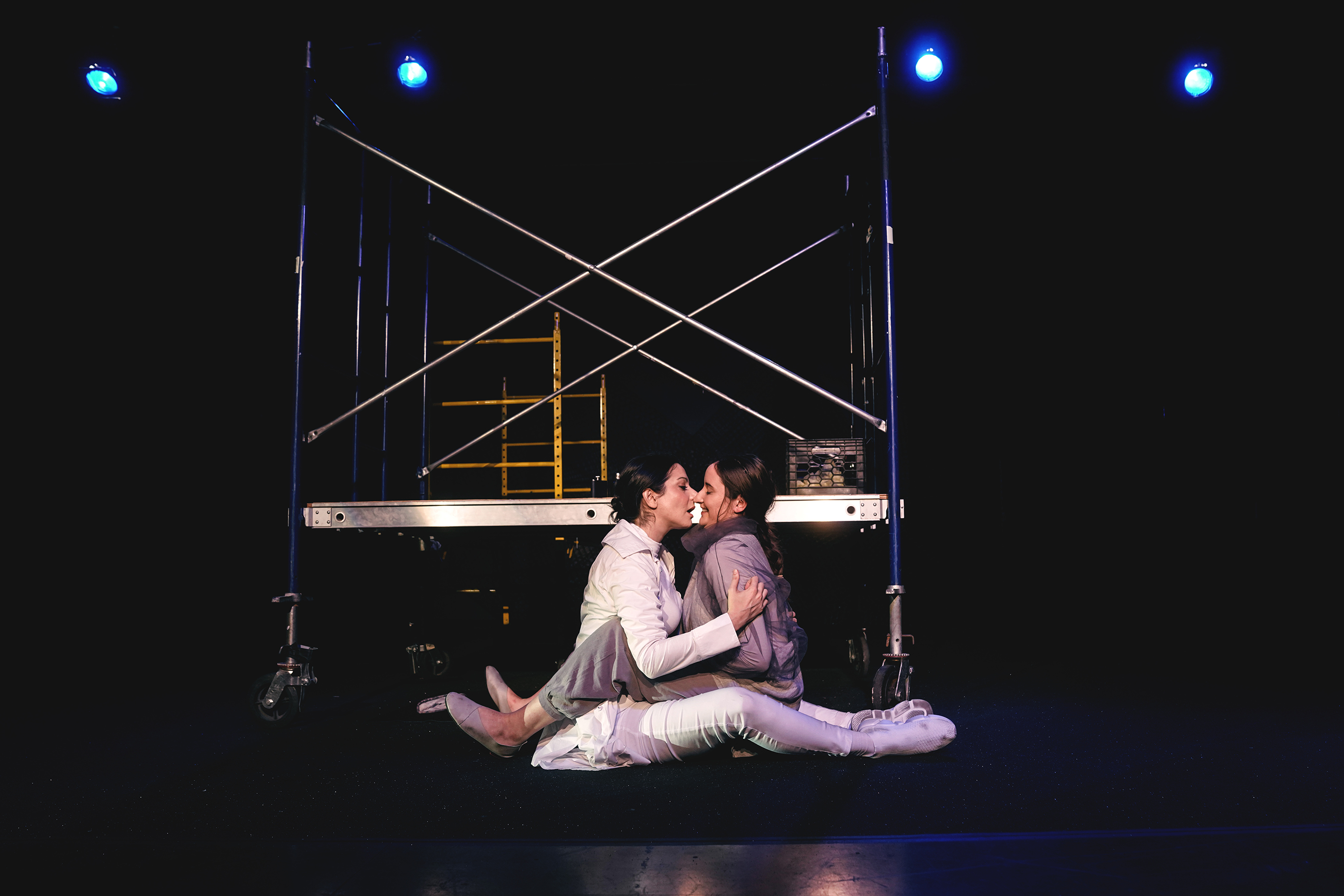 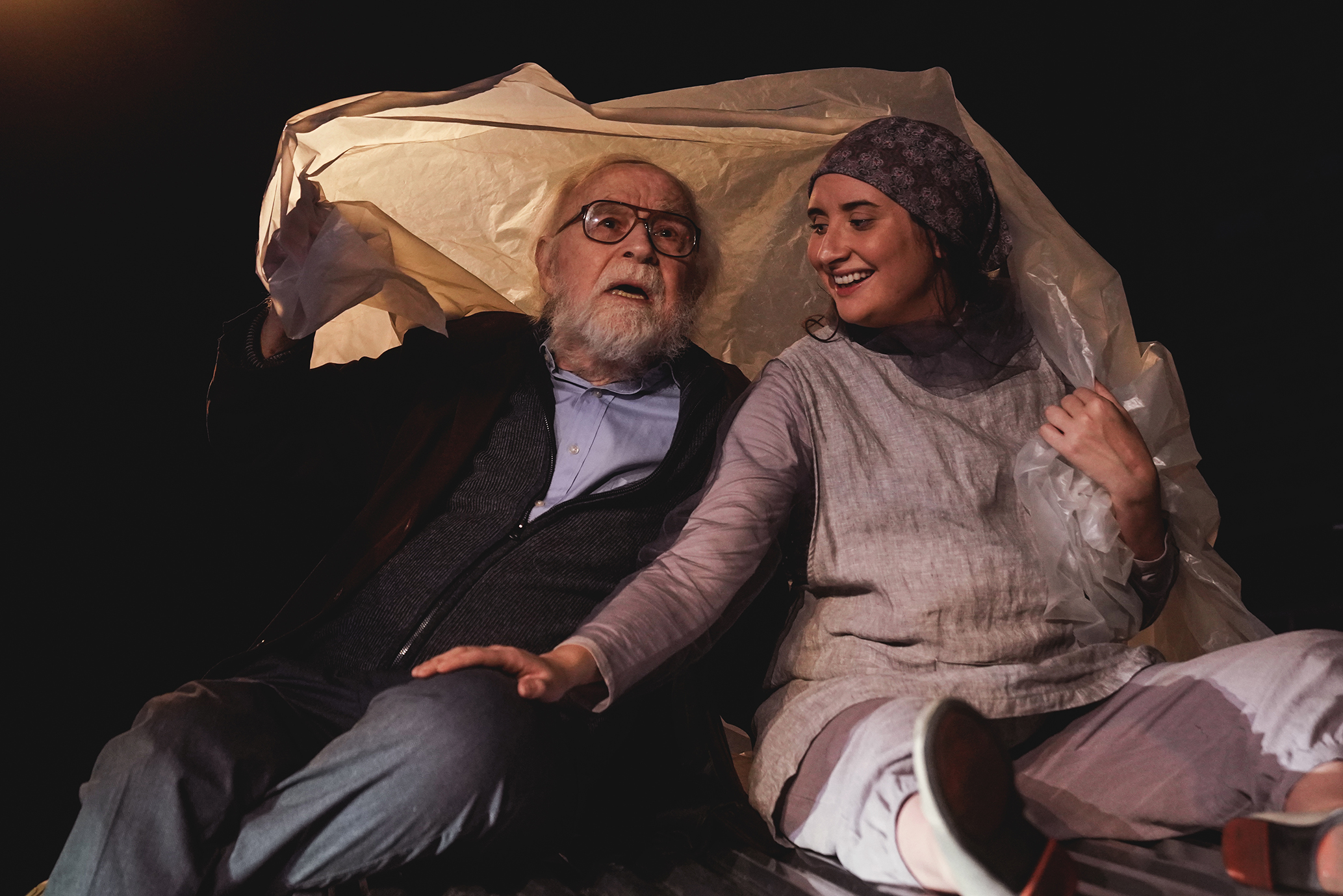 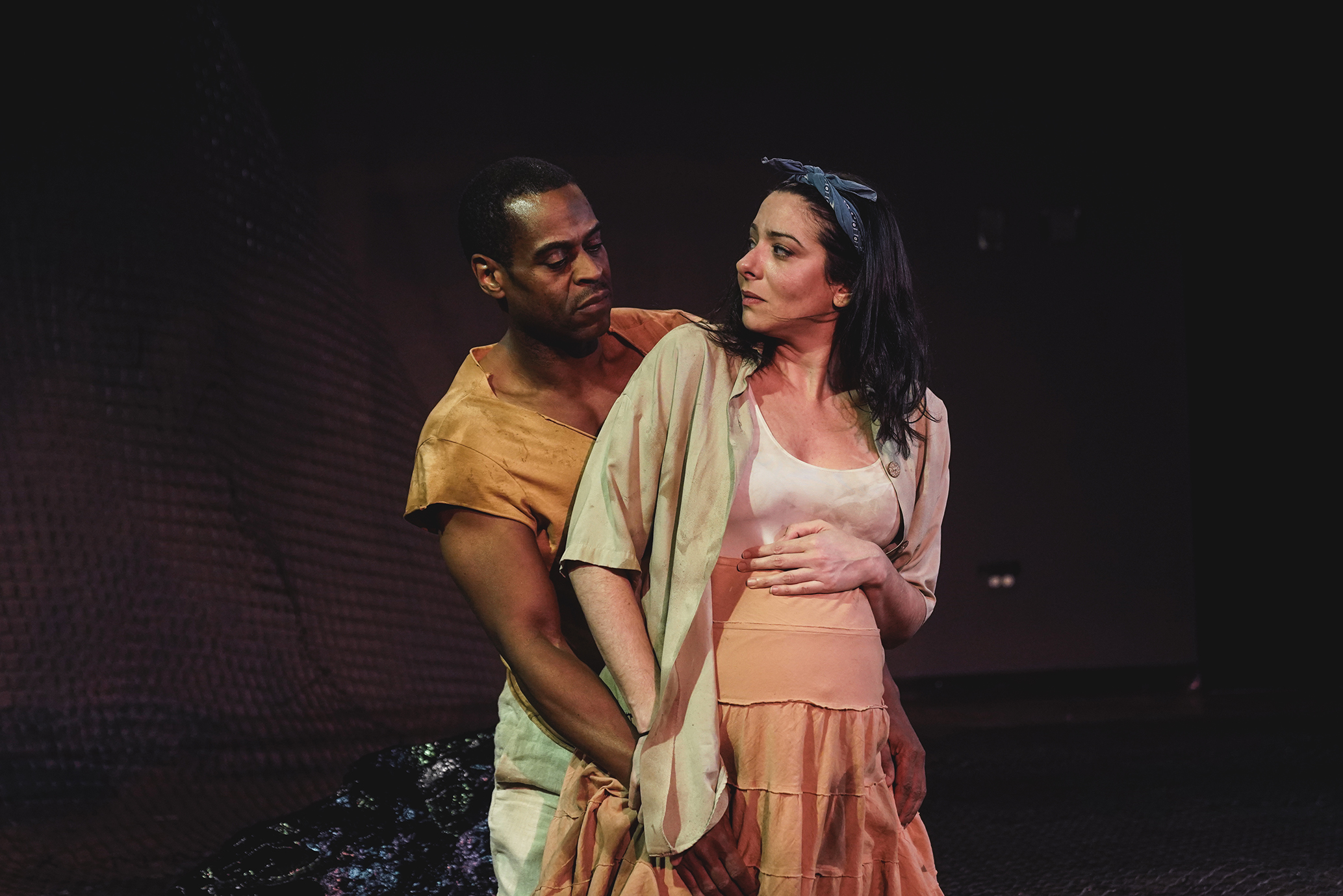 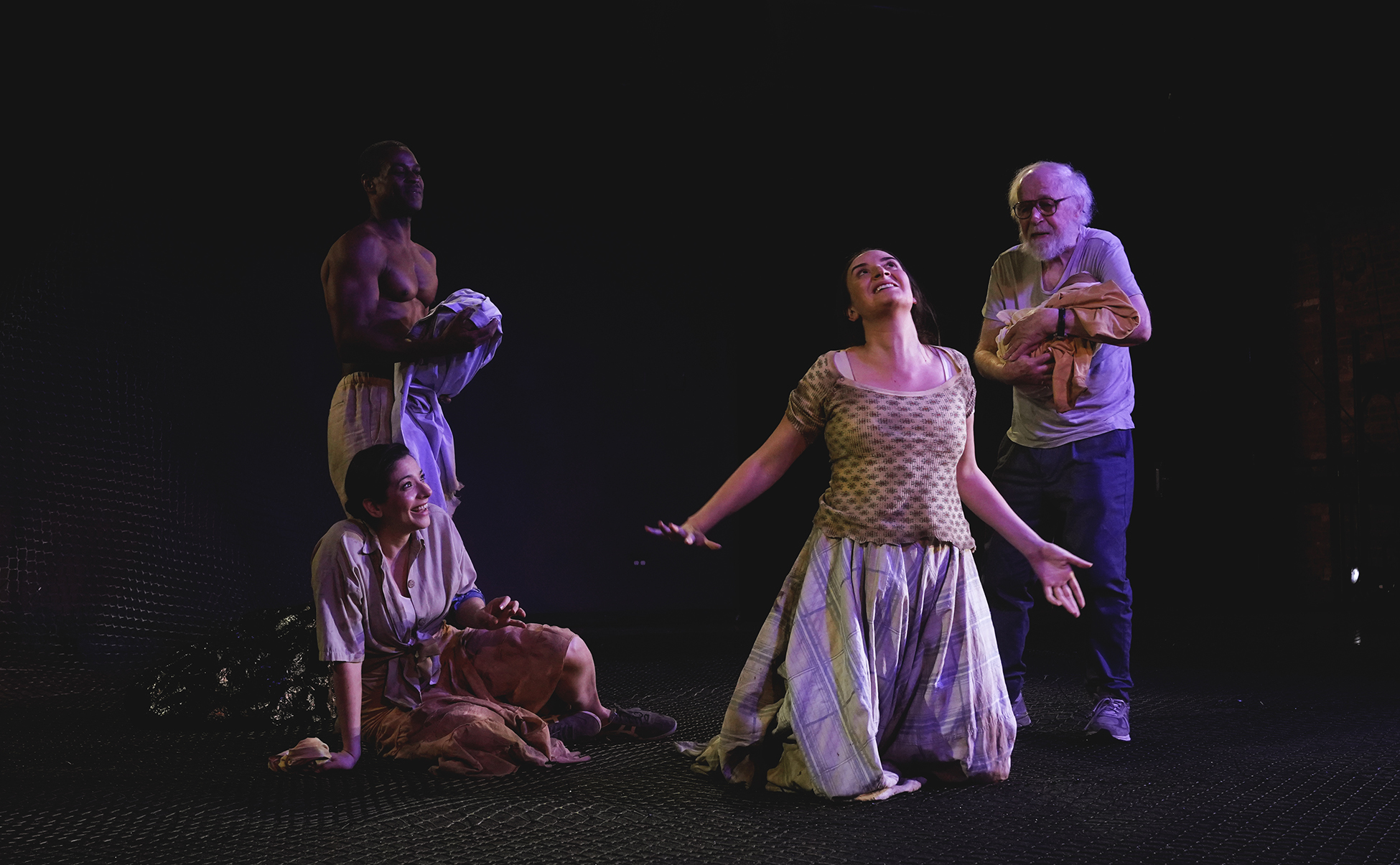 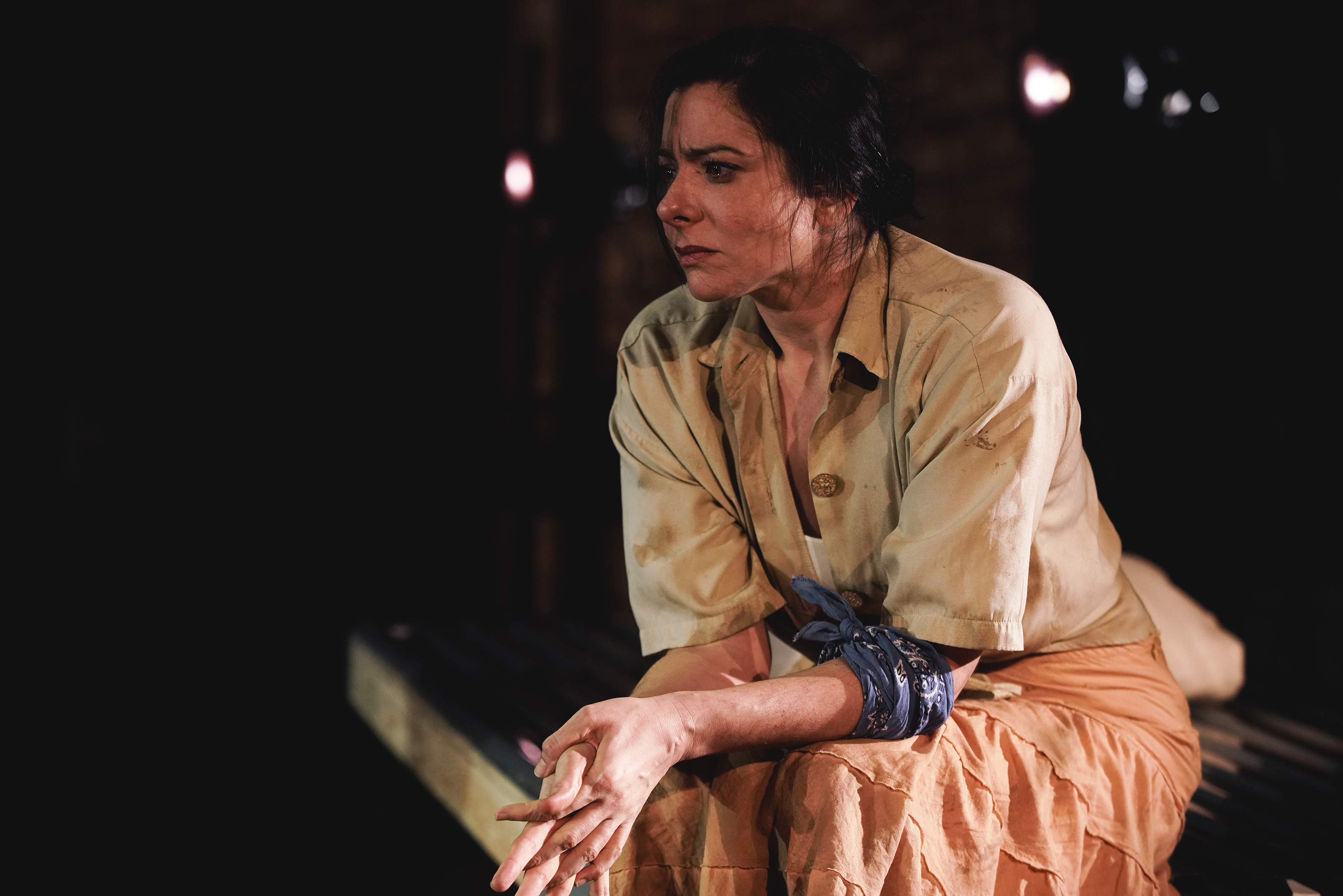 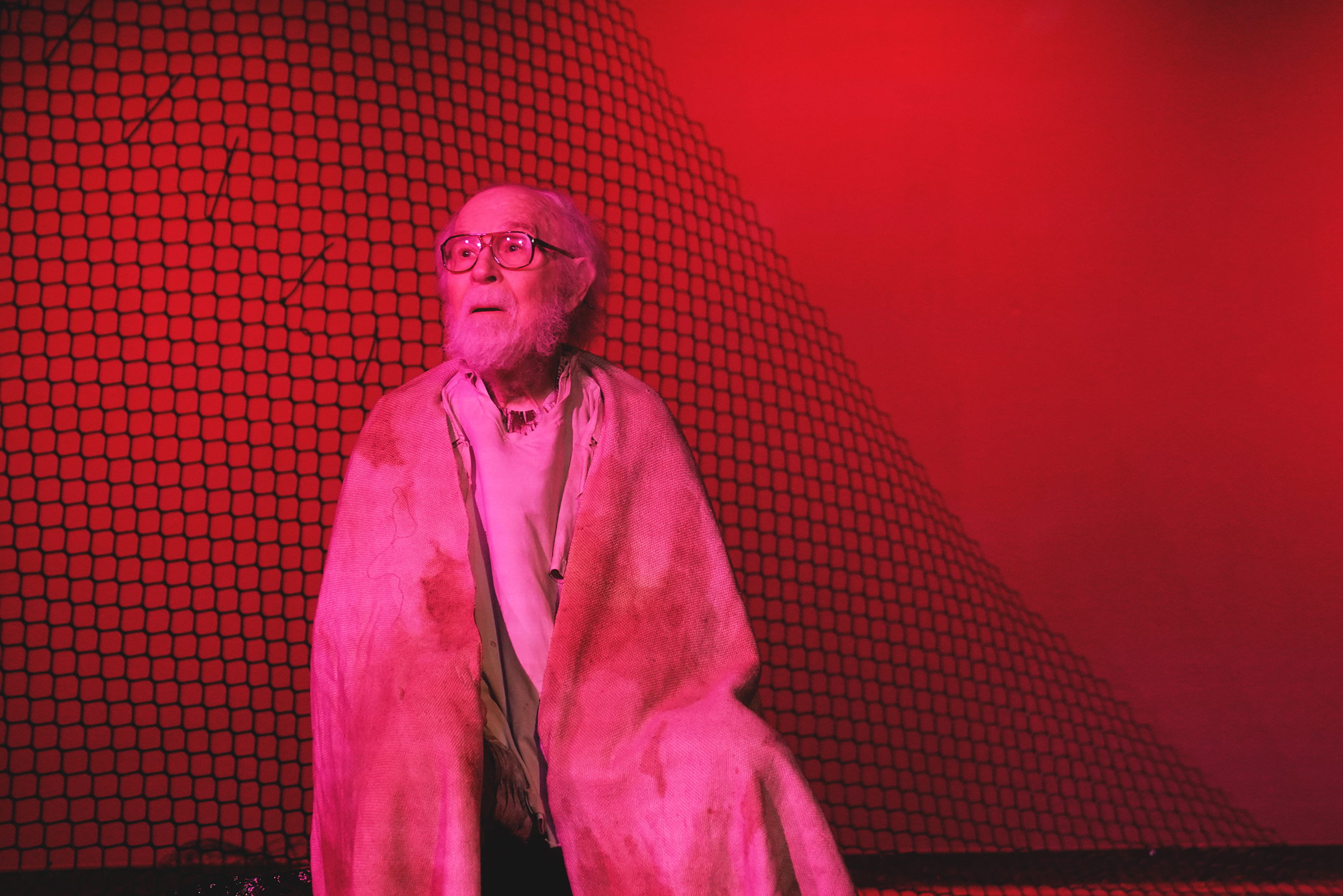 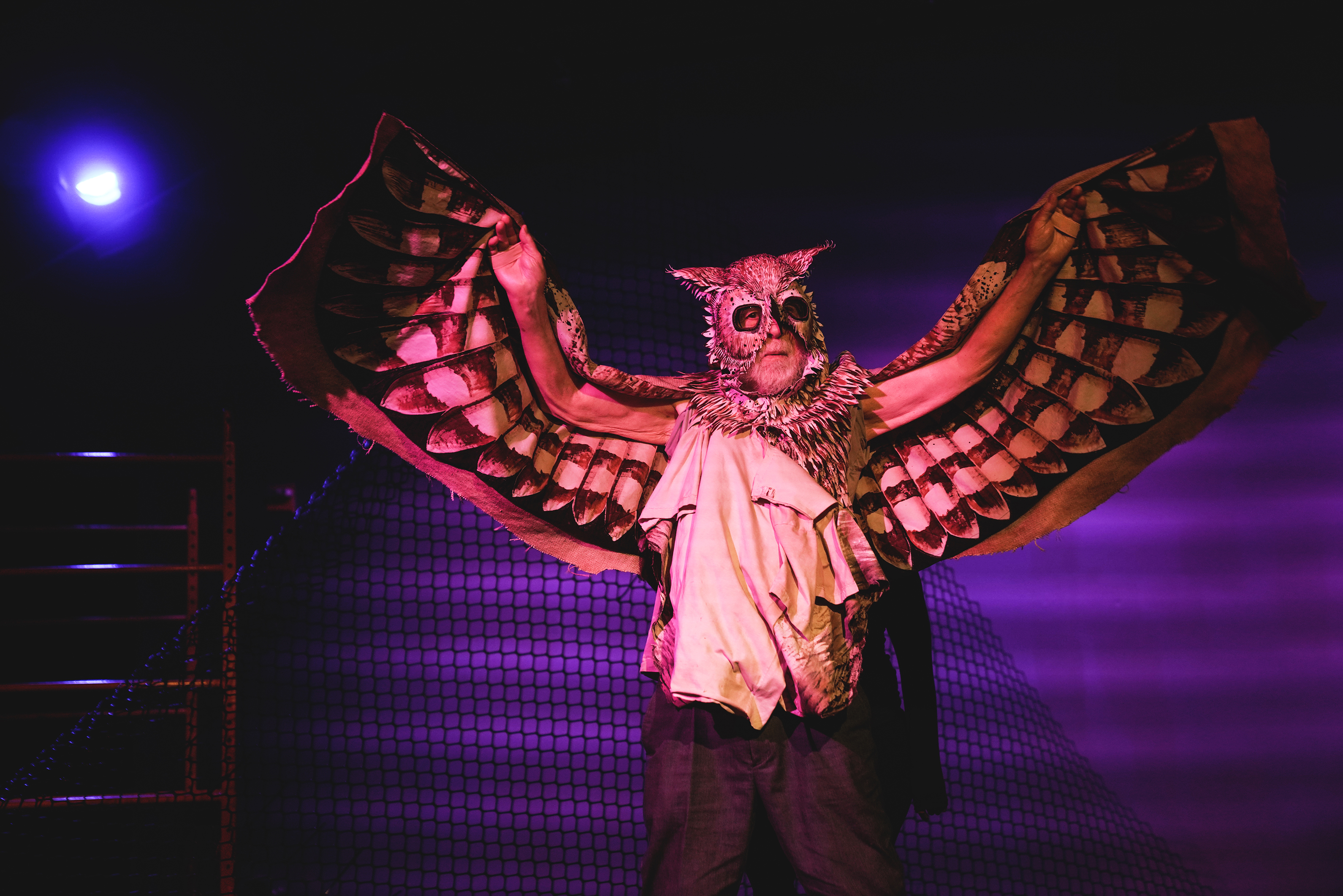 Theater Three Collaborative is an Obie-winning, 33-year-old theater, led by actor/producer George Bartenieff “(a national treasure”) and playwright/director Karen Malpede (“one of our most prominent political playwrights”). A multi-award-winning writing, design and acting team that has collaborated for over three decades on eleven original projects in NY and Europe. Their last four plays are anthologized in Plays in Time: The Beekeeper’s Daughter, Prophecy, Another Life, Extreme Whether. Other Than We will be published by Laertes. www.theaterthreecollaborative.org

FALL PREVIEW: Theater This Season: A Show (or 10) for Every Mood

“This new play written and directed by Karen Malpede finds four scientists concocting a bold response to the climate crisis.”

OTHER THAN WE Announces Award-winning Cast at La MaMa

“Karen Malpede is a strong, committed writer of powerful drama and is a voice that should be listened to.”
– Michael Hasted, Theater Talk (UK)

“These plays seek to bring us to our senses, intellectually, morally and socially…”
– Marvin Carlson, Plays in Time

“Her characters are strong & fascinating, her contexts brilliant & horrifying, and her tone always warm & in the end loving.”
– Andrew Solomon, PEN President

“Firstly, let me say what a wonderful play this is…”
– Naomi Wallace, MacArthur Award Playwright

ALEXANDRA CHANG is Associate Professor of Practice with the Art History program at the Department of Arts, Culture and Media and affiliated with the Clement A. Price Institute on Ethnicity, Culture, and the Modern Experience at Rutgers University — Newark. Chang works on the topics of EcoArt and Global Asias Art at RU-N, where she gathers the monthly EcoArt Salons at the Paul Robeson Galleries at Express Newark and is a part of the campus-wide Eco Working Group. She organizes the Climate Working Group, a creative gathering of more than 50 members that bridges Science, Humanities and Arts researchers, scholars, artists, practitioners, and institutions for short and long term collaborations considering climate, data, policy, power, and the history of globalization. She also serves as Vice Chair on the Communications Committee of the Environmental and Climate Network of the Alliance of American Museums. Chang is the director of the Global Asia/Pacific Art Exchange (GAX) and the Virtual Asian American Art Museum with A/P/A Institute at NYU. She is Co-Founding Editor of Asian Diasporic Visual Cultures and the Americas (ADVA).

MARY TING (November 21) uses drawing, sculpture, installation, community projects, writing and lectures as a means to reflect and comment on cultural history, personal stories, trauma and the loss of nature.  Solo exhibitions include Lambent Foundation, Dean Project, metaphor contemporary art, and Kentler Drawing Space.  Ting has received grants and residencies from the New York Foundation for the Arts, Gottlieb Foundation, Pollack Krasner Foundation, Joan Mitchell Center NOLA, and the MacDowell Colony among others.  Earthjustice featured her work in the blog post; The Earth Needs a Good Artist.  Her research focus is on wildlife products and Chinese modern history.  Mary Ting has presented her research at the Animals for Asia 2017 Kathmandu, On Changing Human Behavior at the Jane Goodall Foundation; at the Thinking Animals 2017 conference at St. Catherine University, Ontario; University of California’s veterinary school’s 2018 symposium; at the Explorer’s Club, NYC and on a recent South African lecture tour speaking to the frontlines of poaching.  Mary is also a master composter, Citizen Pruner, and a certificate student at the New York Botanical Garden. www.maryting.com